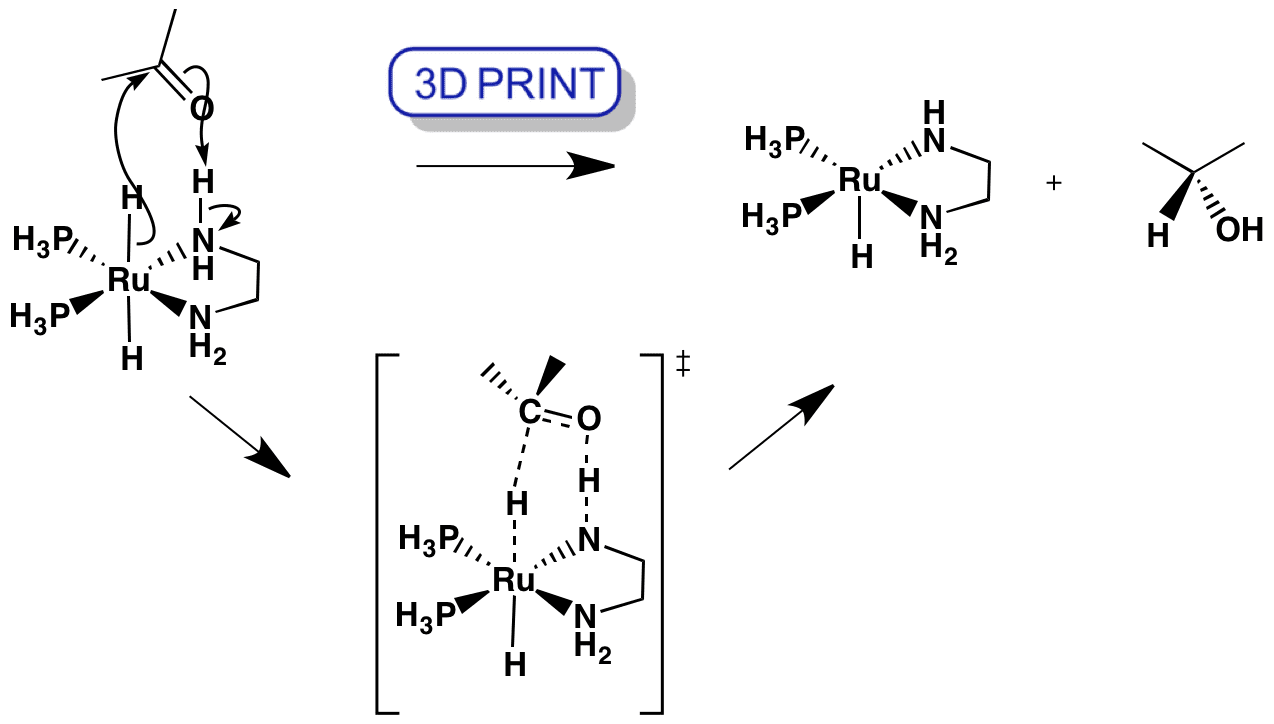 Ru(II)-amine ligand based complexes developed by Noyori and co-workers are very active and selective catalysts for the hydrogenation or asymmetric hydrogenation of ketones. This achiral ligand example illustrates how the hydrogen is transferred to the carbonyl. 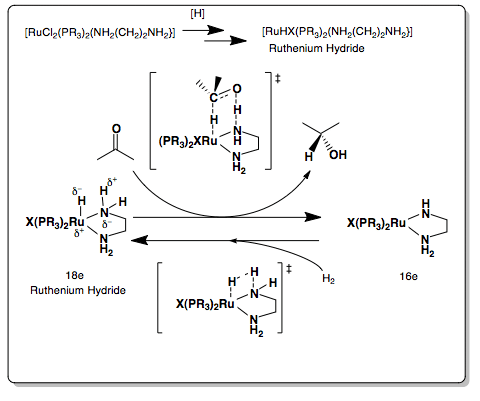