Organopalladium Chemistry – Butenolide Formation From Carbonylation Of A Vinyl Bromide 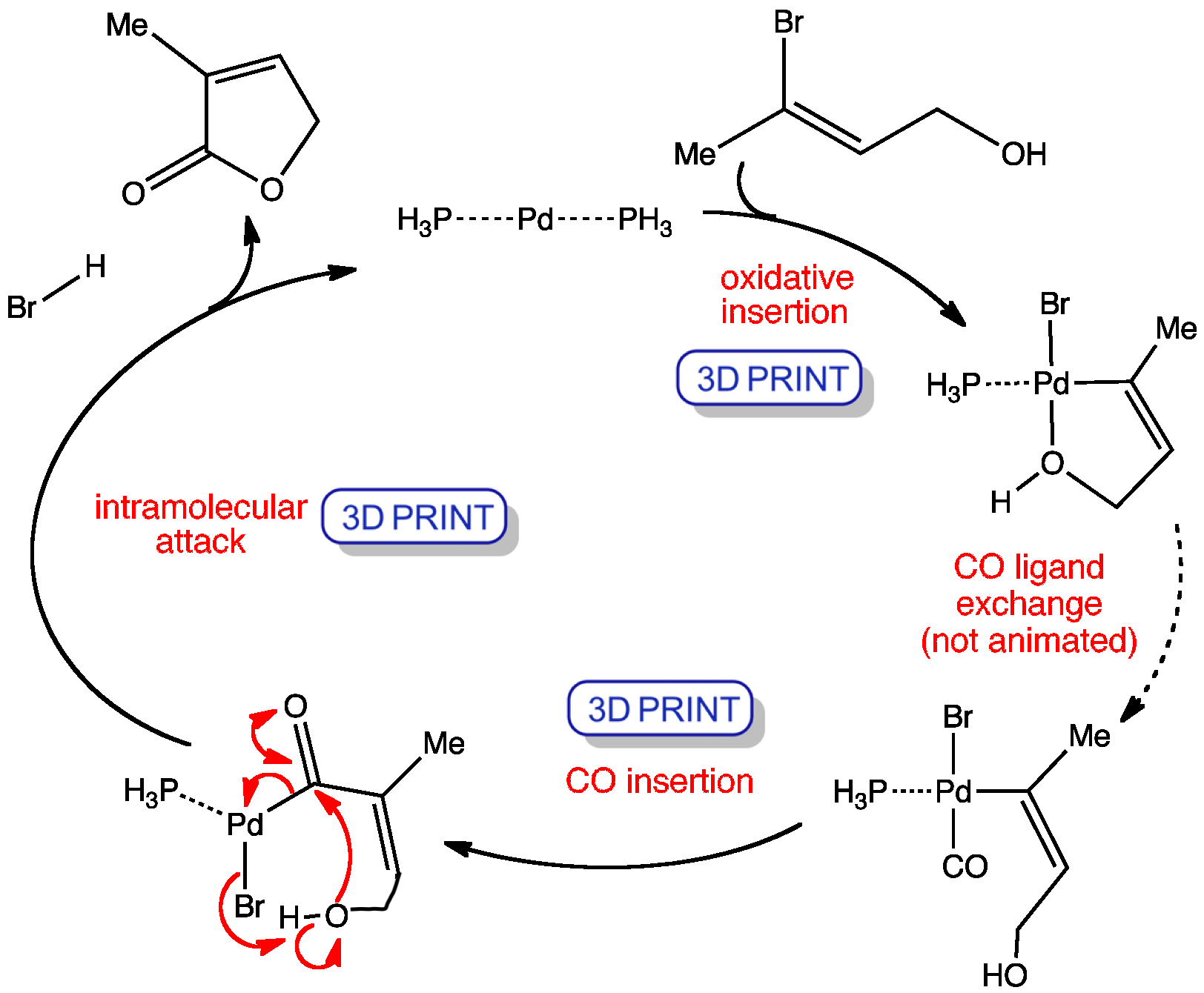 When there is a nucleophilic group present in the starting material such as an amine or hydroxy group, then this nucleophile can attack the acyl palladium intermediate to ultimately form a butenolide.
The mechanism involves the oxidative addition of the vinyl bromide to give a palladium(II) intermediate, which undergoes a a carbonylation reaction. The carbon monoxide first exchanges for one of the phosphines and then rapid insertion produces an acyl palladium (II) complex. The hydroxy nucleophile then attacks the carbonyl coordinated to the palladium releasing the lactone product and regenerating the palladium(0) catalyst.