Commercial lithium ion batteries generally use lithium salts such as Lithium Hexafluorophosphate (LiPF6) and solvent in the electrolyte. Water cannot be used as the solvent due to the high voltage of the battery reaction, which is sufficient to electrolyse water. Instead, organic solvents are used in most cases. However, in extreme conditions or in the cases of manufacturing error, the organic solvent can be potential flammable and lead to safety issues.

Solid electrolytes have been of particular interest because of the possibility to make a safer and non-combustible battery. It is thus important to study the structure and lithium diffusion pathways in solid electrolytes. 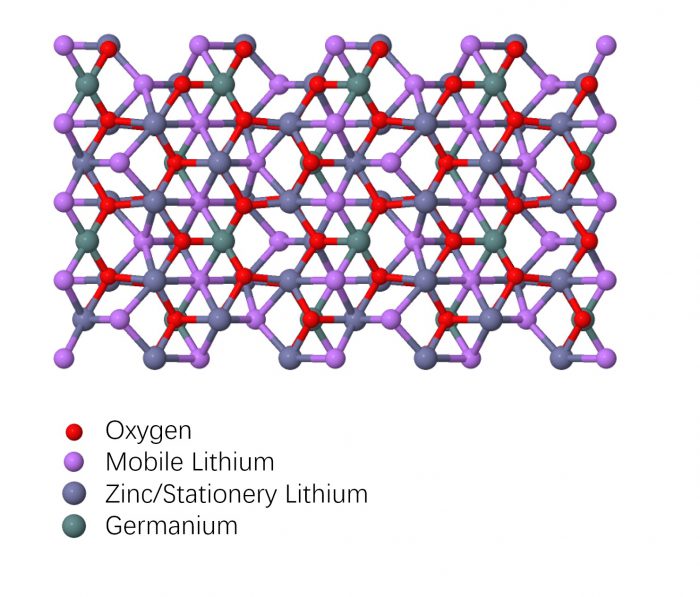 LISICON, which stands for “Li superionic conductor”, was initially proposed by Hong in 1978. The first example was Li14Zn(GeO4)4. It has a rigid framework of Li11Zn(GeO4)4 where the stationery lithium ions share sites with zinc. The three remaining mobile lithium ions are divided into two types.

Tell us how we can improve this page (in your own language if you prefer)?