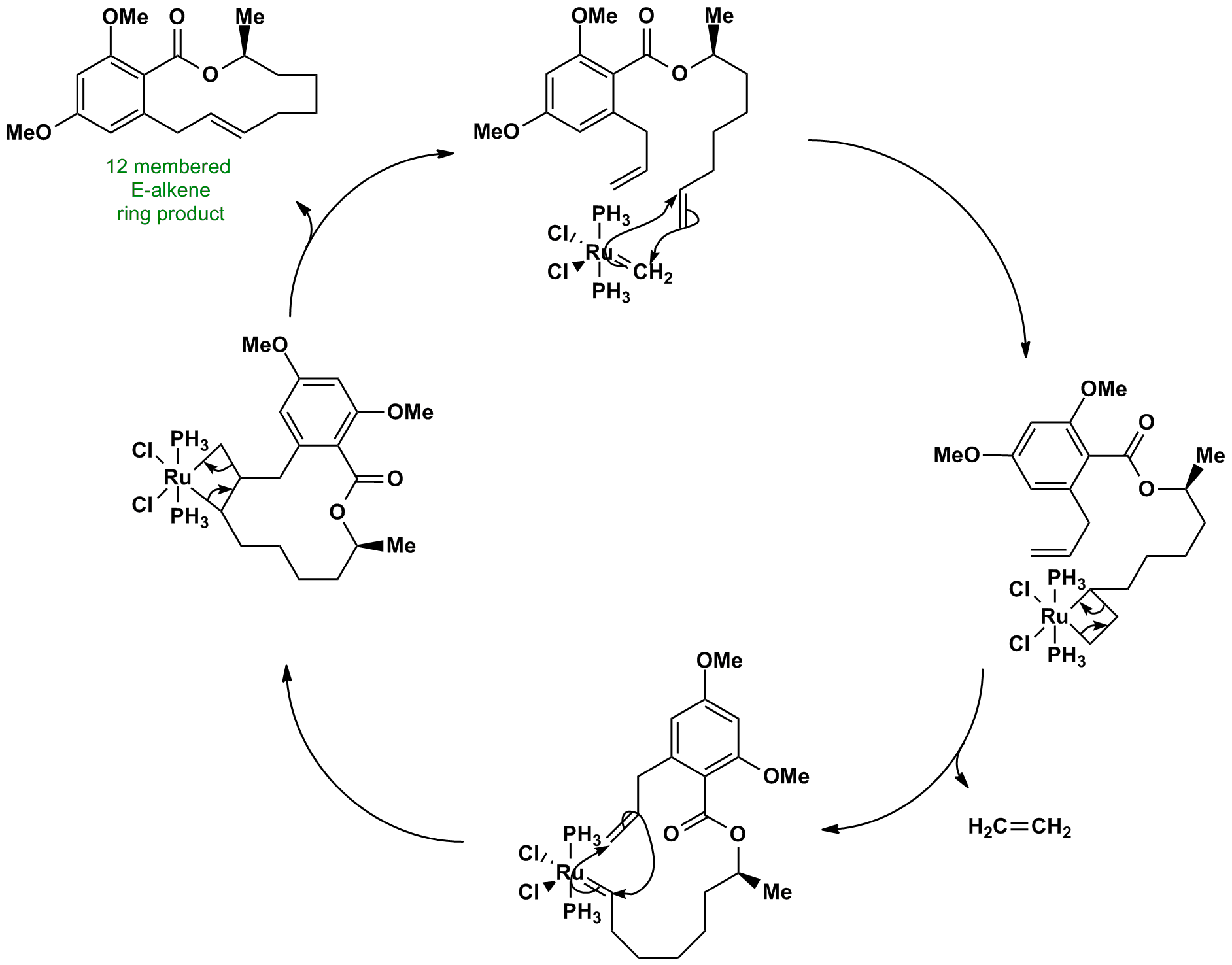 The ruthenium carbene complex catalyst is remade at the end of the reaction (usually PPh3 ligands are used instead of PH3), making the process very efficient. The apparent selectivity in the first part is due to entropy – the release of ethene gas. In the second part, if the Ru adds to the other end of the alkene, then the intermediate is symmetrical and can decompose only to the starting material. This reaction is E-selective, some of the Z alkene will also be formed.

This reaction shows the power of olefin metathesis: it can be used to make difficult ring sizes such as this 12-membered ring. It is compatible with many functional groups – the ester group remains unchanged. The stereogenic centre is also not racemized.