Below are examples of anode materials.

Lithium ions diffuse in 2 dimensional planes between layers of graphene. Note that after lithium insertion, the distance between graphene layers is larger than that of graphite, which gives approximately 10% volume expansion.

Graphite is still the most widely used anode material since its first application to commercial lithium ion battery by SONY in 1991. 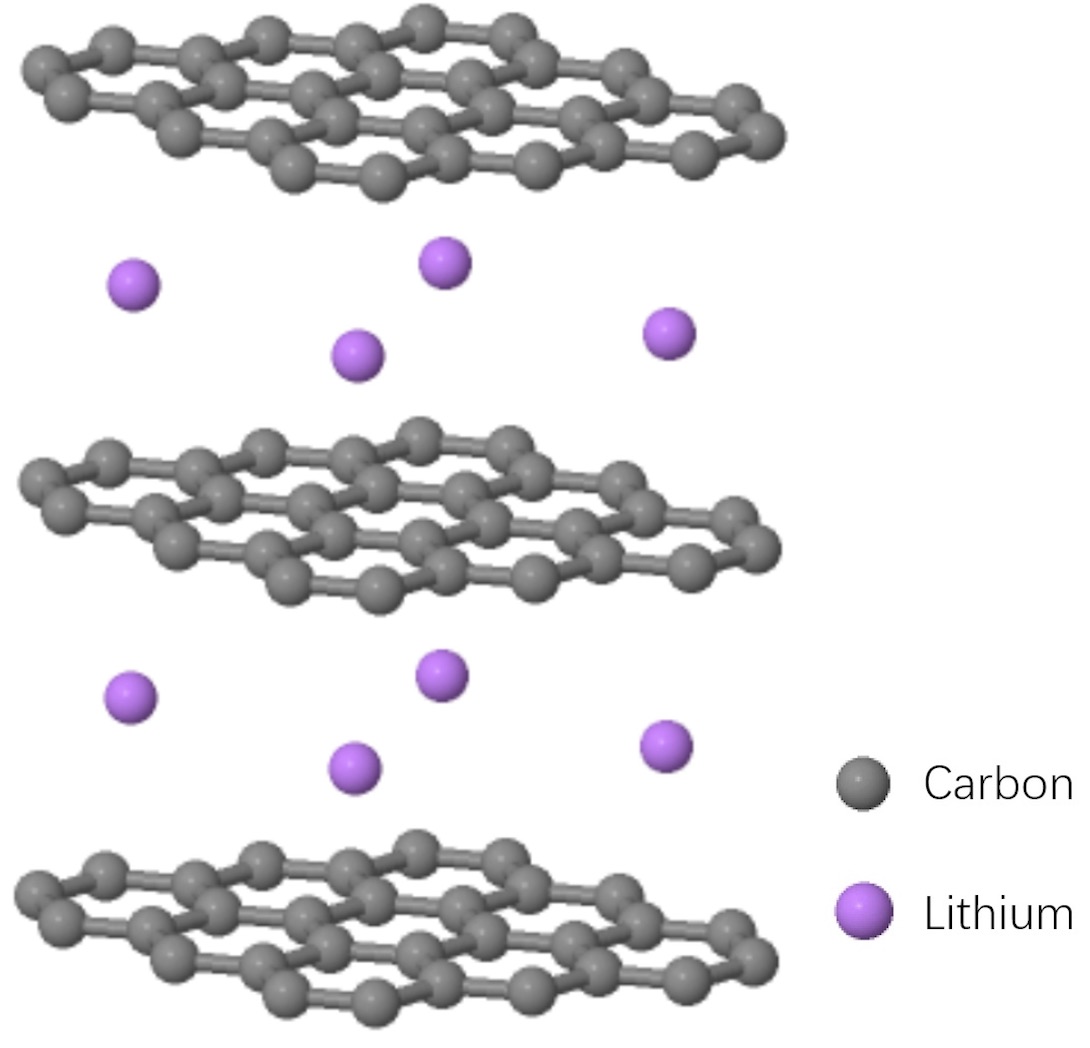 Lithium titanate is an anode material with a spinel type structure where the lithium ions occupy tetrahedral sites and move by hopping via intermediate octahedral sites. This diffusion behaviour gives 3 dimensional diffusion pathway in the spinel structure. It is a zero-strain insertion material due to the fact that the octahedral sites which are also for lithium ion insertion is large enough to accommodate the ions without expansion, so the lattice structure undergoes minimal structural changes upon lithium insertion and extraction. Thus, lithium titanate has a very high capacity maintenance due to the well retained structure. (99% capacity maintenance even after the 100th cycle) 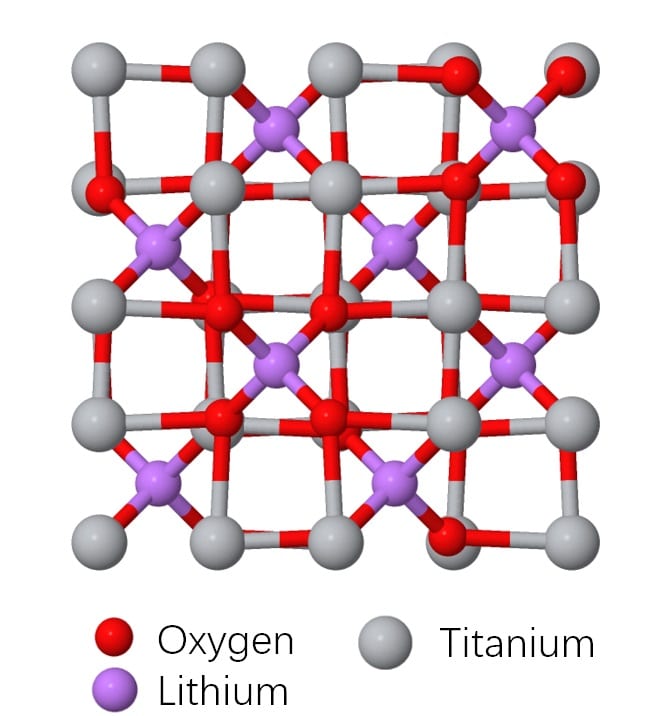 Lithium forms alloys with silicon in silicon anodes. Silicon has a very high theoretical capacity for lithium insertion, which is more than 10 times that of graphite. However, the conductivity of silicon is low, and it suffers serious volume expansion (more than 300%) during lithium insertion, which results in capacity decay and the solid electrolyte interphase damage.

Tell us how we can improve this page (in your own language if you prefer)?