Vibrational spectroscopy can be thought of by starting with a simple harmonic oscillator (SHO) model. In this model, we consider two atoms joined by a bond to be be equivalent to two masses joined by a spring. The spring can be compressed, forcing the spheres close to each other – stretched, moving them apart – or allowed to freely come to rest in the spheres’ equilibrium positions. This can be shown in a potential energy curve: 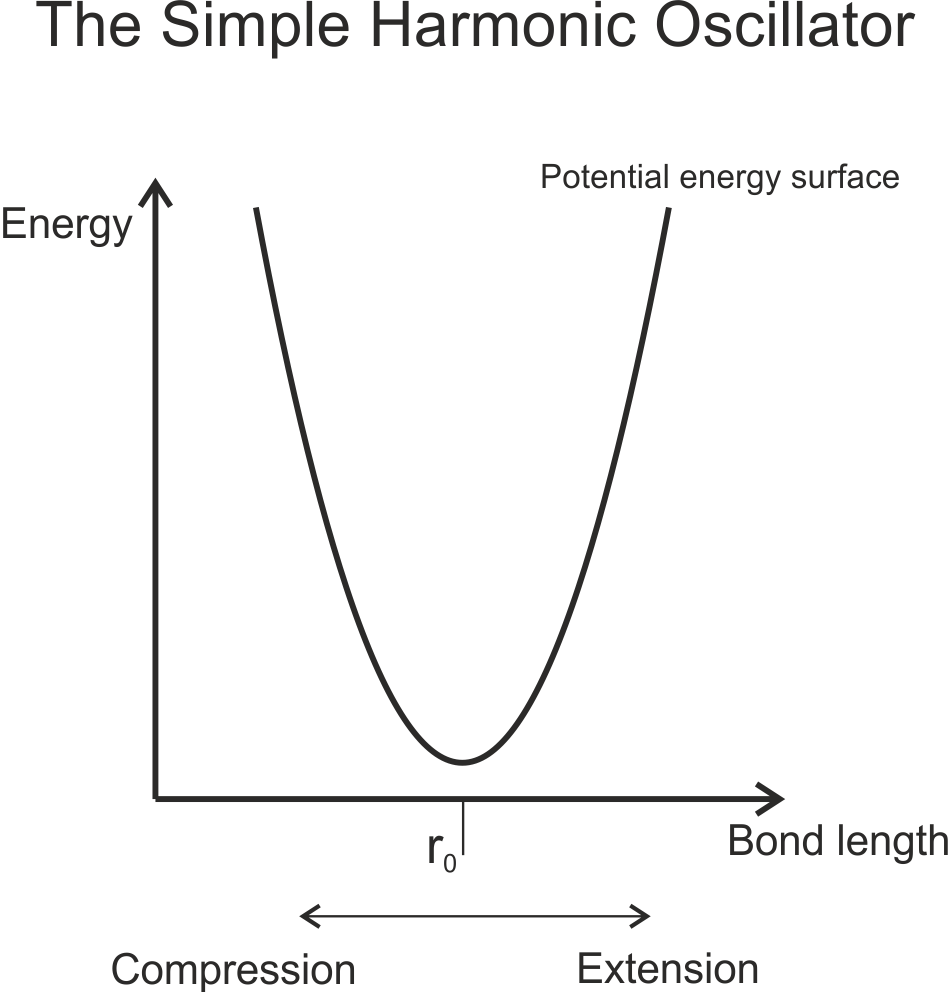 However, not all energies are possible. The possible vibrational states are given by the vibration quantum number, v, and vibrational selection rule Δv = ±1. The energy of each level, Ev, is given by Ev = (v+½)hν (the second ν is the Greek character nu, the fundamental frequency). The fundamental frequency is given by the equation ν = (1/2π)×(k/μ)1/2, where μ is the reduced mass of the molecule, and k is the bond force constant. Notice that this k is similar to the spring force constant from Hook’s Law – F = -kx. This leads to a potential energy surface that looks like this: 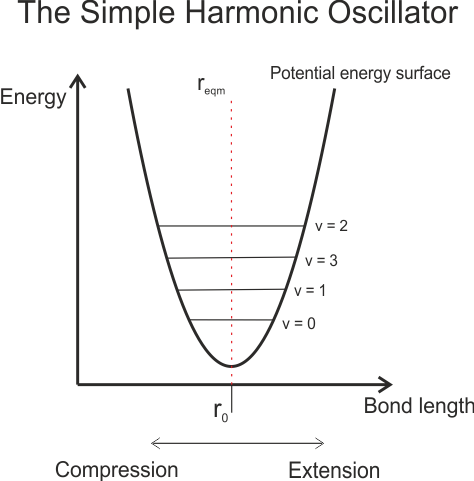 As you can see, the energy levels are equally spaced, and the equilibrium bond length is constant for all energy levels. However, this model is imperfect – it does not account for the posibility of bond dissociation (under this model, the bond would never break, no matter the magnitude of the vibrational energy). It also does not account for extra repulsive effects at very small bond lengths caused by the electroweak force. This is the force which prevents atoms for being forced together as the distance between them gets very small (the reason nuclear fusion only occurs at very high temperatures, for example). A model which takes into account these factors, and which more accurately models a vibration diatomic molecule, is the Anharmonic Oscillator (AHO), and the corresponding potential energy surface called the Morse potential. The potential energy curve now looks like this: 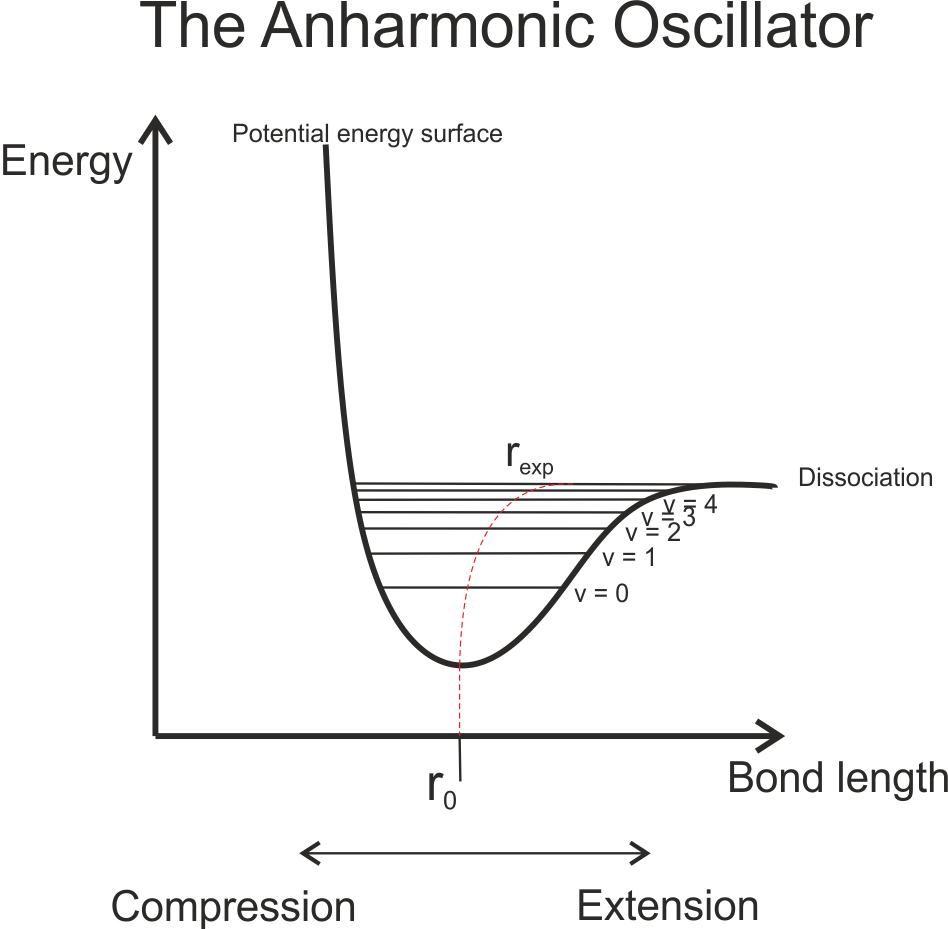 Vibrational energies occur roughly in the 100 – 4000 cm-1 (about 1 – 50 kJ mol-1), or infra-red (IR)  region of the electromagnetic spectrum. The fundamental principle for obtaining a vibrational spectra is that the electric dipole moment of the molecule must change during the vibration.  If there is no change in dipole moment, then this particular vibration will not give rise to any absorption in the IR region. An example of this can be seen below for the symmetric stretch (Σg+) mode of carbon dioxide.  Because both C=O bond lengths change exactly in phase, there is never a net dipole moment on the molecule. A homonuclear diatomic molecule such as dioxygen (O2) has zero dipole moment, so it has no IR spectrum.

The number of modes (types) of vibration can be predicted for a molecule, containing N atoms, using the following general expressions.