A Level Radical Reactions CFCs and the Ozone Layer 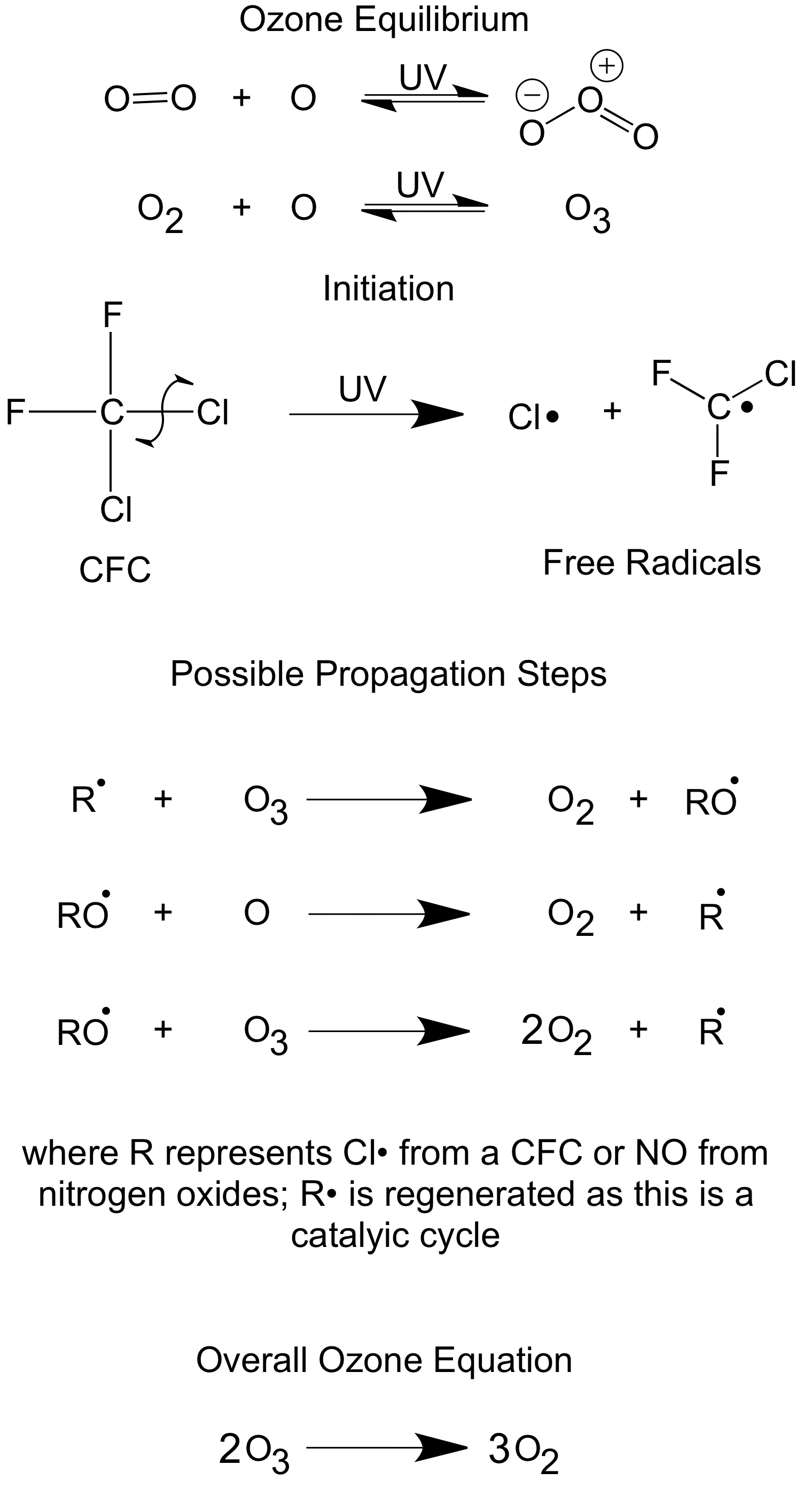 Chlorofluorocarbons (CFCs) are haloalkane molecules where all the hydrogen atoms have been replaced by chlorine and fluorine atoms.

Ozone (O3) in the upper atmosphere acts as a chemical sunscreen, it absorbs a lot of the ultraviolet (UV) radiation which can cause sunburn and even skin cancer. Ozone is naturally formed in the atmosphere.

As shown above, Cl• radicals are formed by the break down of CFCs by UV radiation – these radicals are homogeneous catalysts they’re in the same phase as the ozone molecules (gas).

Due to the Cl• regeneration, it only takes one chlorine radical to destroy a lot of Ozone molecules.

This page has been made to incorporate all different UK Chemistry A Level specifications.

To see your specific specification choose from below: