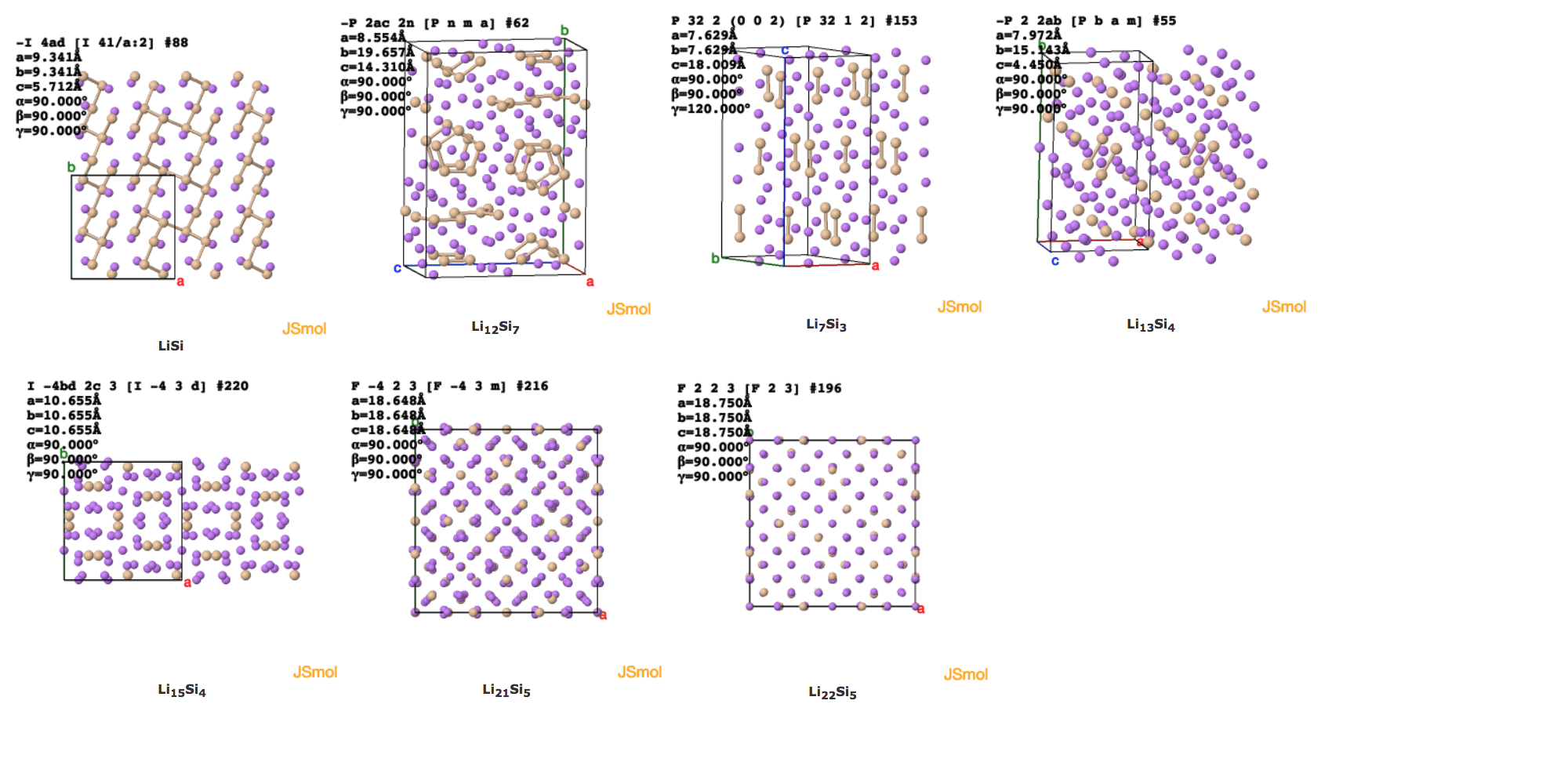 Click the images to see the structures in 3D.

Comparing the models of different lithium insertion states, it can be seen that the average distance between each silicon atom increases as the lithium/silicon ratio increases. This explains the large volume expansion (>300%) of the silicon anode after lithium insertion.