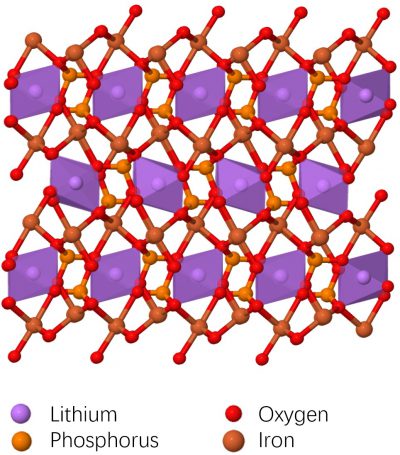 In LiFePO4, lithium ions diffuse in 1 dimensional channels. It is a relatively economic cathode material, with iron being one of most abundant elements on the earth.

Click and drag the animation to view from different angles